I’m a researcher at the lab for Artificial Intelligence in Medical Imaging working on machine learning for biomedical applications. My research interests are time-to-event analysis (survival analysis) and using deep learning techniques to learn from non-Euclidean data such as graphs. Previously, I worked at The Institute of Cancer Research, London and was among the winners of the Prostate Cancer DREAM challenge. I’m the author of scikit-survival, a machine learning library for survival analysis built on top of scikit-learn.

I am proud to announce the release if version 0.15.0 of scikit-survival, which brings support for scikit-learn 0.24 and Python 3.9. Moreover, if you fit a gradient boosting model with loss='coxph', you can now predict the survival and cumulative hazard function using the predict_cumulative_hazard_function and predict_survival_function methods.

The other enhancement is that cumulative_dynamic_auc now supports evaluating time-dependent predictions. For instance, you can now evaluate the predicted time-dependent risk of a RandomSurvivalForest rather than just evaluating the predicted total number of events per instance, which is what RandomSurvivalForest.predict returns.

Moreover, the documentation now contains a User Guide section that bundles several topics surrounding the use of scikit-survival. Some of these were available as separate Jupyter notebooks previously, such as the guide on Evaluating Survival Models. There are two new guides: The first one is on penalized Cox models. It provides a hands-on introduction to Cox’s proportional hazards model with $\ell_2$ (Ridge) and $\ell_1$ (LASSO) penalty. The second guide, is on Gradient Boosted Models and covers how gradient boosting can be used to obtain a non-linear proportional hazards model or a non-linear accelerated failure time model by using regression tree base learners. The second part of this guide covers a variant of gradient boosting that is most suitable for high-dimensional data and is based on component-wise least squares base learners.

To make it easier to get started, all notebooks can now be run in a Jupyter notebook, right from your browser, just by clicking on

Today, I released version 0.13.0 of scikit-survival. Most notably, this release adds sksurv.metrics.brier_score and sksurv.metrics.integrated_brier_score, an updated PEP 517/518 compatible build system, and support for scikit-learn 0.23.

For a full list of changes in scikit-survival 0.13.0, please see the release notes.

Pre-built conda packages are available for Linux, macOS, and Windows via

Alternatively, scikit-survival can be installed from source following these instructions.

A while back, I posted the Survival Analysis for Deep Learning tutorial. This tutorial was written for TensorFlow 1 using the tf.estimators API. The changes between version 1 and the current TensorFlow 2 are quite significant, which is why the code does not run when using a recent TensorFlow version. Therefore, I created a new version of the tutorial that is compatible with TensorFlow 2. The text is basically identical, but the training and evaluation procedure changed.

The complete notebook is available on GitHub, or you can run it directly using Google Colaboratory.

Version 0.12 of scikit-survival adds support for scikit-learn 0.22 and Python 3.8 and comes with two noticeable improvements:

For a full list of changes in scikit-survival 0.12, please see the release notes. 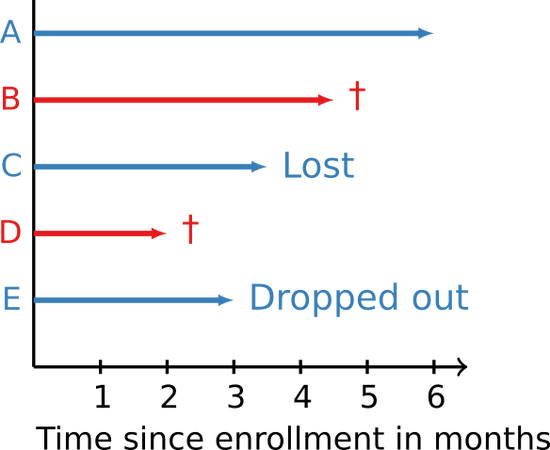